What does it mean to be white? MTV's "White People" is a documentary on race that aims to answer the question from the viewpoint of young white people living in America today. Assistant Professor Nolan Cabrera was featured in the documentary and can be found at about 18 minutes into the video. Watch it here. Cabrera also was named to the Arizona Daily Star 40 under 40, which recognizes young leaders in the community.

Assistant Professor Ozan Jaquette testified about nonresident enrollment at a hearing regarding the University of California. He discussed studies that identify the negative consequences of an influx of nonresident students, such as the effect on underrepresented minorities. Read more here. His work also was cited in the Milwaukee Sentinel Journal.

In the chaos after Hurricane Katrina, Louisiana opted to completely overhaul the city's failing public schools by putting them on the open market. However, research conducted for the Network for Public Education by Associate Professor Francesca López and researcher Amy Olson found that the gap between charter and public school performance in Louisiana was the largest of any state in the country. And Louisiana's overall scores were the fourth-lowest in the nation. Read more here. Their research also was reviewed in Diane Ravitch's blog here.

Professor and Department Head Gary Rhoades has been quoted numerous times recently about nontenure-track faculty members, including this article in Inside Higher Ed and this piece in Salon.

Assistant Professor Nolan Cabrera was quoted on unconscious racist behavior in The Washington Times and on white masculinity in America's colleges in Fusion.

Associate Professor Jenny Lee gave an invited address based on her latest research on neo-racism in higher education for the Institute of Security Studies in Nairobi, Kenya. She also was a keynote speaker for the International Education Conference in Kenya.

Professor and Department Head Gary Rhoades was quoted in The Chronicle of Higher Education about his analysis of a national database of faculty unions' collective-bargaining agreements maintained by the National Education Association.

Amanda Tachine, who graduated in May 2015 with a Ph.D., wrote an op ed in Al Jazeera America on Native American students who pursue postgraduate degrees.

Social media postings led to a firestorm at the University of Oklahoma when a clip of a group of Sigma Alpha Epsilon fraternity members singing a racist chant showed up on Twitter. And the Penn State chapter of the Chi Omega sorority faced an investigation after photos of the sisters dressed in sombreros, ponchos, and mustaches and carrying racially demeaning placards showed up on a Facebook site in 2012. Assistant Professor Nolan Cabrera was quoted across the nation, saying there is little surprising about such revelations. Find out why in this sampling of the media he received:

Cabrera also was quoted frequently when a story broke about an assistant professor at Arizona State University who has received an onslaught of hateful messages since Fox News aired a segment admonishing a course he teaches at ASU. Cabrera also was quoted in Chronicle of Higher Education and Arizona Republic.

Department Head and Professor Gary Rhoades was quoted in an article about nontenure-track faculty in  Popular Resistance. 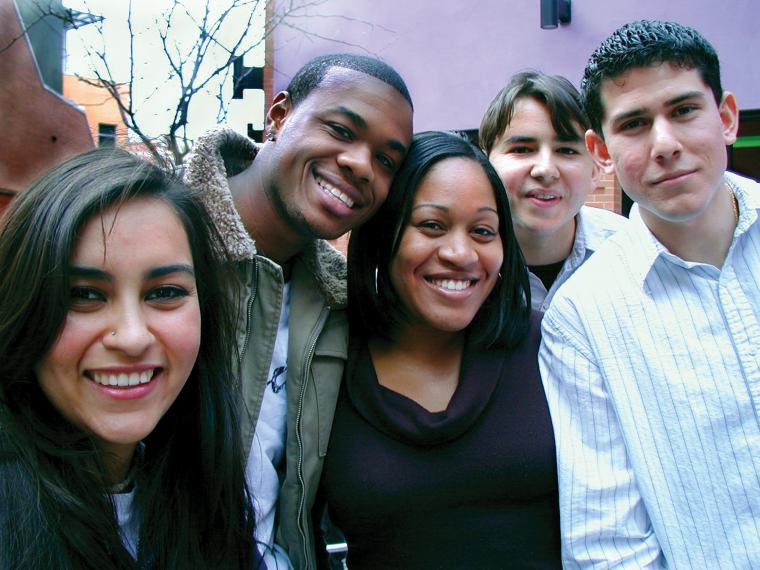