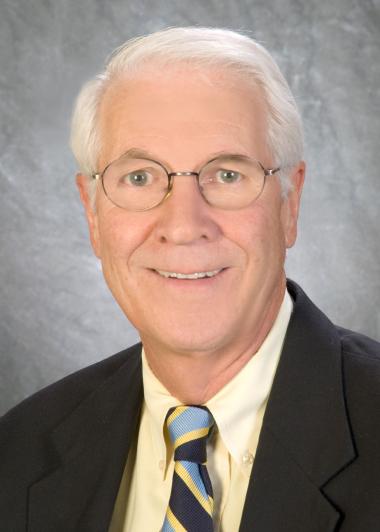 Dr. J. Robert Hendricks served as Department Head of Educational Policy Studies and Practice and Associate Professor of Educational Leadership in the College of Education at the University of Arizona until his retirement in May 2011. In addition to his administrative responsibilities, he taught organizational theory and management to doctoral level students. He has also taught human resource management, instructional supervision, and The Superintendency.

In 1999 the College of Education named him the recipient of their “Outstanding Teaching” award. He has been a teacher and administrator in Colorado and Arizona and served as superintendent of the Flowing Wells School District in Tucson, Arizona for 13 years. During his leadership, each of the district’s school’s received state or national recognition. In 1989, Hendricks was named Arizona’s top superintendent, and the following year was selected by The American School Board Journal for its highest honor as one of the 100 best school executives in North America. He was described when honored as a leader with “vision and fortitude”. The Flowing Wells governing board gave an elementary school his name in recognition of his achievements on behalf of public education.
Hendricks earned a doctorate from Arizona State University and has published numerous journal articles on staff development, teacher evaluation, and governance issues. Books authored include Site Based Governance, Grassroots Reformation and Cornerstones and The Research Building Blocks of High Performing Schools. His extensive background in policy issues has earned him a national reputation. He currently serves as a policy consultant and resource to numerous school districts, provides expert legal testimony in school policy cases, and worked as a policy advisor to the U.S. Department of Education during the Clinton administration. He has chaired visitation teams for the North Central Accreditation worldwide and recently completed a curriculum project for the U.S. Department of Defense in London, England and a school organizational restructuring plan in Naruto, Japan.