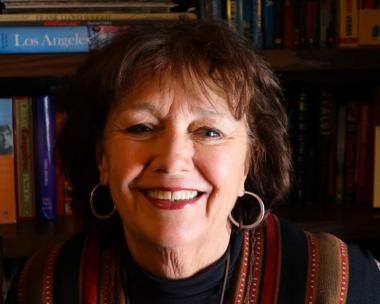 Etta Kralovec is an award-winning professor of teaching, learning and sociocultural studies. She holds a doctorate in philosophy from Teachers College, Columbia University, from which she received a Distinguished Alumni Award in 2018. In 2017, she received an honorary Master of Philosophy degree in Human Ecology from College of the Atlantic and in 2002, she received a distinguished alumni award from her undergraduate college, Lewis and Clark College. She was awarded a Fulbright Fellowship in 1996 to establish a teacher education program at Africa University in Zimbabwe. Working closely with student editors, they co-authored the collection, Identity in Metamorphosis: An Anthology of Writings from Zimbabwe Students. Under Kralovec’s direction, the UA South M.Ed. program received over $3 million in federal funding to prepare STEM teachers for Title One schools in Arizona border communities. Her program was awarded the Peter Likins Inclusive Excellence Award from the University of Arizona in 2015. Kralovec’s work explores the importance of context in the preparation of teachers for schools in border communities. She has conducted comparative research on teacher education in Finland and on the Finnish/Russian border. Kralovec’s international work also includes video projects with high school students in Finland and Mexico.