By Lisa Burris for United Way: The woman behind the Legacy Projects has been leaving quite a legacy of her own, not just with United Way or Southern Arizona, but with early education as a whole here in the United States. Naomi Karp is a pillar here at United Way. Known for her lifetime of experience, extensive knowledge, huge heart and quick wit, Naomi is our Senior Director of Early Childhood Professional Development. She was born and raised in Tucson, the 3rd of 5 children for her parents, both local attorneys who set high standards for their children. Naomi received her Bachelor's degree in psychology from the University of Arizona before returning for her Master's in Special Education. She taught children for nine and a half years in Tucson public schools before moving to Washington, D.C. with her two children and husband, Gene, who became chief of staff to Senator Dennis DeConcini of Arizona.
Over the next few decades, Naomi went on to teach children with special needs, she worked for the U.S. Department of Education managing grants focused on children and young adults with disabilities, she taught others to write grants and helped develop the Federation of Families for Children's Mental Health. Naomi went on to head an initiative that focused on starting a new Early Childhood Research Institute in the Department of Education where they funded the Department's first early childhood research center from which much of the research people cite today derives.
Naomi's favorite achievement in Washington was getting the Department of Education to give her enough money to fund a special study at the National Academy of Sciences. The study answered three key questions about early childhood education and the study findings were released in a book Eager to Learn: Educating Our Preschoolers. The findings and recommendations changed conversations and actions in the early childhood field. After 20 years, Naomi brought that experience back to her home, here in Tucson and now utilizes it helping local children and educators with her work here at United Way. Naomi's history is rich with accomplishments that far exceed the scope of this publication. Read about the the criticism that provoked her to leave the Department of Education, what brought her to United Way, and what she loves most about Tucson and what she does here in her full interview. Click here to read it and get inspired! 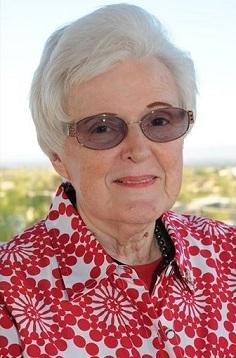