Geraldo Rivera, an American attorney, reporter, author, and talk show, host visited the college recently. In 1972, at the age of 28, Rivera garnered national attention and won a Peabody Award for his report on the neglect and abuse of patients with intellectual disabilities at Staten Island's Willowbrook State School. As a result of the documentary, Rivera changed the trajectory in America as to how people with disabilities were treated. Before the documentary, he had no exposure to anyone with a disability. Ever since the documentary, however, working with people with disabilities became his passion. He has helped to establish group homes in many communities for adults with disabilities. During Homecoming, Rivera gave a talk at the college about Willowbrook and its deplorable conditions, followed by a meeting with our National Advisory Board to answer questions about his mission of helping people with disabilities. Later, Rivera and his family met with Project FOCUS students and their parents as well as the students' assigned peer mentor students. He asked the students and the peer mentors about their experiences in the program. Rivera had a delightful rapport with the students and was clearly touched by their stories. 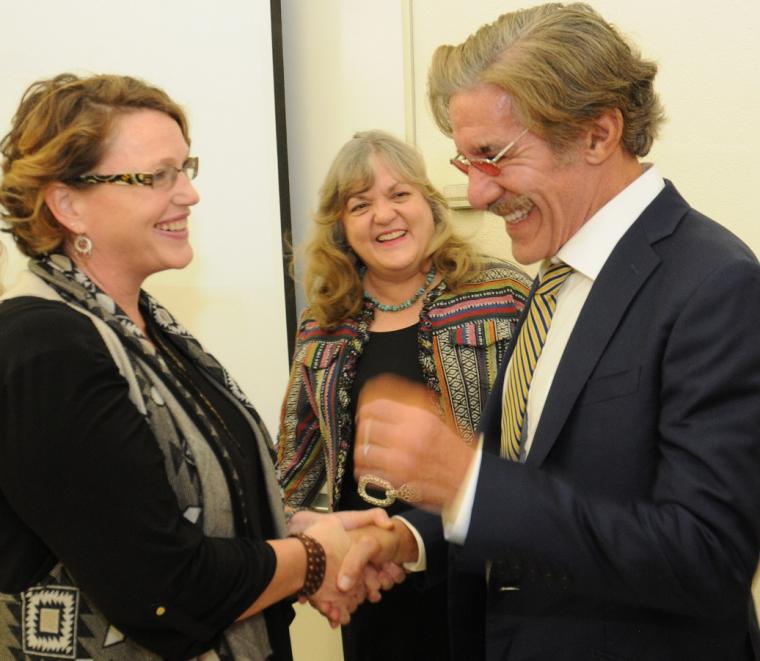